1973 was a pretty good year for films. You’ve got The Exorcist, Soylent Green, my second favourite Bond film Live and Let Die, among many other amazing films. Most importantly, you’ve got The Holy Mountain, directed by the one and only Alejandro Jodorowsky. I’m going to borrow a synopsis from IMDb for this one, since it sums this masterpiece up perfectly:

A Christlike figure wanders through bizarre, grotesque scenarios filled with religious and sacrilegious imagery. He meets a mystical guide who introduces him to seven wealthy and powerful people, each representing a planet in the Solar system. These seven, along with the protagonist, the guide and the guide’s assistant, divest themselves of their worldly goods and form a group of nine who will seek the Holy Mountain, in order to displace the gods who live there and become immortal.

I LOVE THIS FILM. I love it so much. It is so weird. There were moments whilst watching it that I just let out a huge exhalation of breath and let the surreal religious imagery wash over me. I knew, as soon as I watched a life-size cake version of Jesus Christ being eaten, that this film would be one of my favourites of all time. It sounds absurd, but as a huge fan of surreal art and film, watching The Holy Mountain was a very visceral and significant experience.

There are moments that are just strange, which might put people off. If I used the phrases tiger nipples and machine vagina in a normal sentence (outside of film world), people would think I was out of it. But, these are the things you are presented with in The Holy Mountain. There is quite a lot of nudity and a whole bunch of sexual scenes and imagery, and many moments that might be considered offensive if you’re religious. But Jodorowsky tackles these themes unflinchingly, to the benefit of the overall film.

I’m going to use this post to display the beautiful cinematography and images that assault you throughout The Holy Mountain. Please watch it if you feel you’re up to the task. It is so strange, but you will not regret it. Alejandro Jodorowsky is a genius and this film is evidence of it. As it says in the trailer, very truthfully: “The Holy Mountain is a film outside the tradition of criticism and review”. This is one of those films you have to experience, not just read about. With that said, on to the beautiful images: 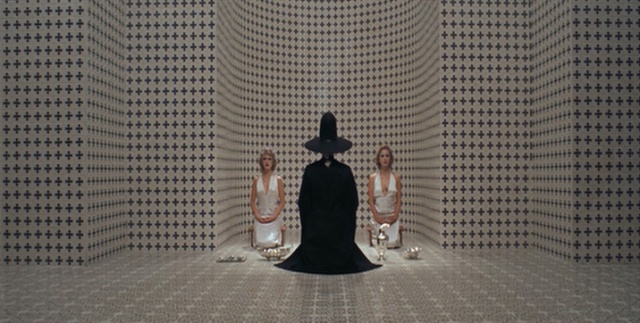 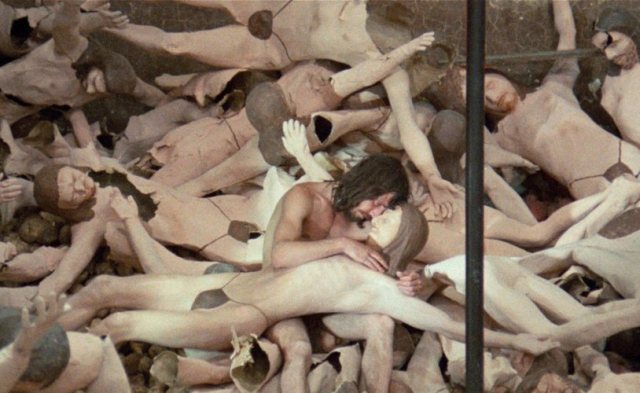 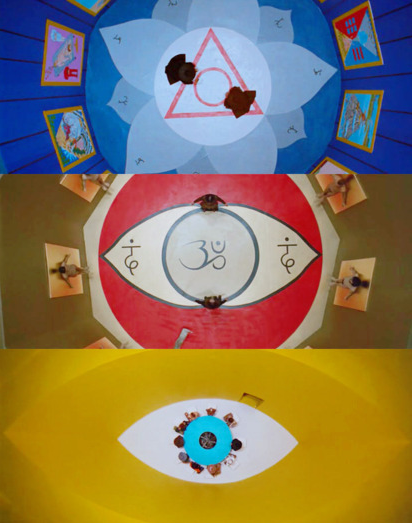