A work of intense beauty, The Passion of Joan of Arc (1928, dir. Carl Theodor Dreyer) is a silent film which has absolutely stood the test of time. This film chronicles the trial, imprisonment and execution of Joan of Arc at the hands of the English in 1431. Starring Maria (Renée Jeanne) Falconetti as the titular Joan, this is one of the very best examples of silent film; and some may even argue, one of the best examples of film in general.

After reading an excellent review for this one on A World of Film, I was inspired to do more research into the cinematography. I found this quote from the amazing surrealist director Luis Buñuel, which I thought was a very elegant summation of this amazing film and its moving visuals:

“Probably the freshest and more most interesting film of the new cinematographic season. Based upon an original scenario by Delteil, it begins at the moment where Jeanne appears before her judges, and ends at the stake. Directed in close-ups; its auteur very rarely, almost never, uses group shots – not even foreground shots. Each one is composed with such care and with such art that often a “painting” comes into existence without ceasing to be, at the same time, a “shot”. Exceptional camera angles, on the verge of acrobatics. And not a single of his actors is in make-up: within the painful geography of his faces – their pores like wells – the life of flesh and bone springs overwhelmingly into being. Sometimes, the entire screen is filled with the singular whiteness of a prison cell, and, in one angle, the vindictive face of a monk, ready to pounce. Here one can predict storms, and with a meteorological exactitude. Nerves, eyes, lips exploding like tombs tonsures – signs shoved down the innocent through of the damsel. She: answers, weeps, or, weeping, distracts herself like a little girl with her fingers, with a button, with the fly that lands on the nostril of the monk.”
– Luis Buñuel (1930)

Here are some of my favourite shots of the film. As always, The Passion of Joan of Arc is perfection in motion and I would highly suggest watching it when you get the chance. It is an emotional experience, regardless of your level of interest in history or belief in religion. This film is one of the most affecting studies in human emotion there is. 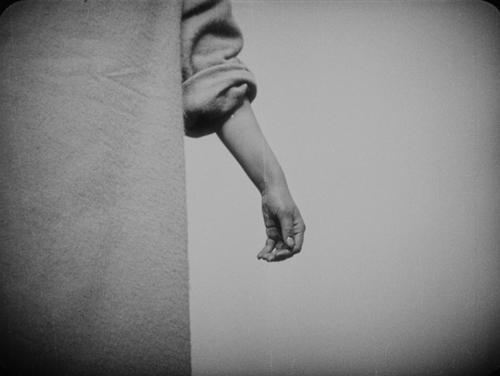 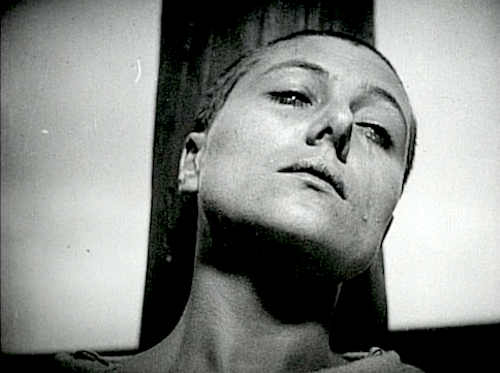