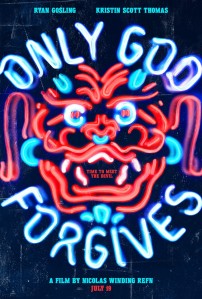 An intentionally symbolic story about revenge, Only God Forgives (2013, dir. Nicholas Winding Refn) is the story of Julian (Ryan Gosling), who runs a boxing club in Bangkok, Thailand, but also does quite a bit of drug smuggling on the side. When a member of his family is slaughtered, Julian’s mother (Kristin Scott Thomas) convinces him that he must find the person responsible and make sure that they face a similar fate.

If you’re expecting another Drive (2011), think again. Ryan Gosling is just as silent in this one, but this time his blank staring has no real effect. He doesn’t look as much of a badass as he does someone who’s taken a whole bunch of tranquilisers. The story is just as tranquilised as Gosling, equal parts slow, repetitive and simplistic. The characters are by and large incredibly unlikeable and it’s difficult to find someone to barrack for. My favourite performance in this was Kristin Scott Thomas’ portrayal of Gosling’s ferocious mother who, whilst cartoonishly villainous at times, was a really interesting one to watch.

In contrast with the sluggish plot, the cinematography is very impressive. Each scene is set up in the most visually intriguing way, and the use of colour and light is amazing. With this in mind, I’m going to use this post to display some of my favourite shots. It’s a big shame that the story fails to impress as much as the visuals do. It seems like this film was a big excuse for Nicholas Winding Refn to experiment with some amazing cinematography, but there was no story to back it up. This could have been a really great film if a similar effort was placed on story and character development.

Let me know what you thought of Only God Forgives – was it really as shallow as I thought it was? I enjoy reading reviews on this one because each reviewers’ opinion seems to be drastically different. Some people say it’s all bad, some people love it, some people choose to apply their own theories that magically make a lot of sense. Some people say that you really have to read between the lines on this one and then the story will magically appear, as if by divine intervention. My opinion is that this one is a treat for the eyes, but not for the brain.

Here is a selection of my favourite shots from the film, mixed up so the plot isn’t completely obvious. 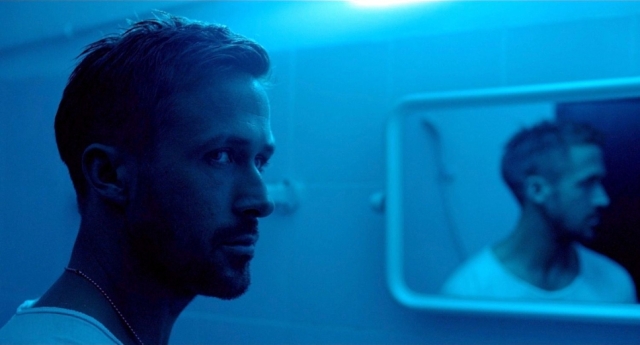 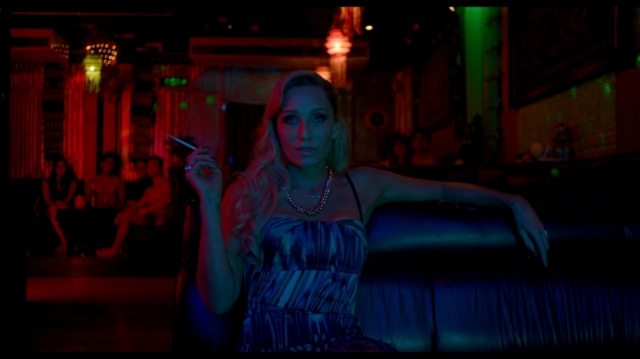 Watch the film at Amazon!