The James Bond Franchise: A ranking of all films. 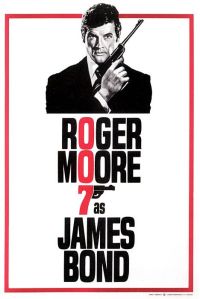 As a big fan of the James Bond franchise (a direct result of being in a relationship with a Bond obsessive for ~7 years), I’ve always meant to do a ranking of all the films but have never really bothered with it. Today is the day it finally happens!

I’ve included non-canon Bond films in the list in order to capture my feelings for the film series as a whole. I also have to mention as a disclaimer that I tend toward enjoying the ‘camp’ films in the series more than the films that take themselves fairly seriously. Roger Moore is my favourite Bond, which might serve as an explanation for that. I really love the franchise and we usually do a yearly Bond marathon where we’ll watch all the films over the span of about two weeks (not one film consistently after the other, I think I would probably go crazy).

One day, I plan to have a post on each of these films, whether it’s an actual review or just me waxing lyrical about how amazing the cinematography is. I’ll link any reviews to this list once I’ve posted them.

Let me know what you think – what’s in your top 10? Are there any typically ‘bad’ Bond films that you secretly/publicly love? How amazing is Moonraker?

(Holy crap – no idea why it’s showing up as Roman numerals, but I’m keeping it that way because it looks classy.)