The wonderful Cara of Silver Screen Serenade has organised a most excellent blogathon to celebrate lovable idiots in the month of April. You might even call them April fools. The task: to choose five of the most lovable idiots in cinema or television. There have been some great posts and choices so far, so definitely check them out! In the mean time, here are my top five lovable idiots of the cinema world.

In Le Dîner de Cons, Pignon is intentionally chosen to star in a ‘dinner for idiots’. Lacking in common logic and social sense, but with a huge passion for creating famous buildings out of matchsticks, Pignon generally makes a mess out of everything in this film. He ruins the main character’s reputation, relationship, and worst of all, gets him into trouble with the tax department. But Pignon’s idiocy comes from such a genuine, well-meaning place that he was the very first lovable idiot that I could think of. Just look at that face!

“Sometimes I feel like you’re really taking me for an imbecile.” 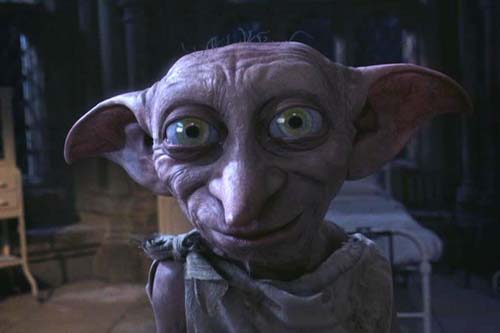 Dobby was incredibly frustrating to watch at the very beginning of Harry Potter and the Chamber of Secrets, which was his introduction to the series. In fact, his character was completely infuriating. He tried to stop Harry from getting to Hogwarts and he ruined the Dursley’s home, causing Harry to be locked up in his room all summer. However, as it turned out, all of his vexatious intervening in Harry’s life was for the common good. He was trying to stop Harry from becoming involved in a horrible plot that could have killed many of the students at the magical school. When we find out that Dobby was right all along, the penny drops that he is to be trusted as a valued friend. Dobby can be a big old idiot and cause a lot of trouble, but as with Pignon above, his intentions are in the right place – from his introductory in the series, to his final scene.

“Dobby is used to death threats, sir. Dobby gets them five times a day at home.”

Otto is one of those people who you can’t really rely on. After the pilots of the titular airplane get food poisoning and can’t fly the plane anymore, it’s Otto’s time to shine. He can fly the plane to its intended destination, however, he can’t do the most important of tasks – he doesn’t know how to land the plane. What an idiot! He’s lovable because he’s reliable and he has a cute face, but he’s an idiot because he can’t follow through on his promises. Shame on you, Otto. 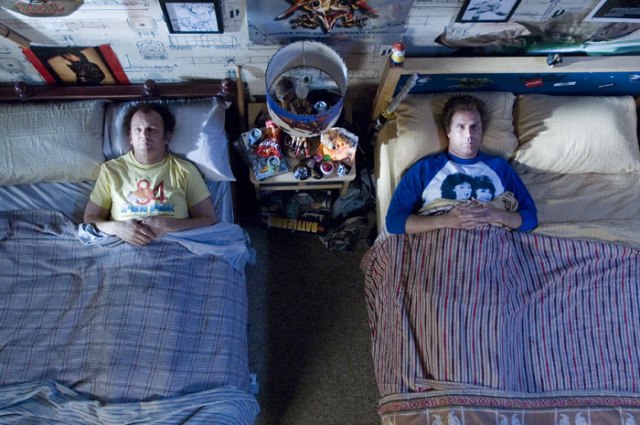 After Brennan’s mum and Dale’s dad get married, these two dependents become extremely territorial. Both forty-ish, extremely childlike, unemployed, and living at home, they are both scared of losing the attention and love of their favourite parent. So when their two families blend together, naturally there’s a lot of conflict as they get to know each other and test each others’ boundaries. I’m normally not a fan of these types of films, but for some reason, Step Brothers is one of my favourite ‘bro comedies’. Something about their passionate rivalry and the eventual development of their friendship is very lovable – even though they’re both idiots.

One of the most weirdly heartwarming Christmas movies ever made, Elf tells the story of Santa’s most strangely shaped elf who is actually a human man. Buddy was raised in the North Pole as a proper elf, and as a result, doesn’t look or act like a normal person when he suddenly finds himself amongst the human world. This film is a bit silly, but Will Ferrell’s portrayal of the elf who chooses to see the good in everything is very sweet. He has so many quotable moments and his childlike wisdom makes a lot of sense a lot of the time. He’s not so much an idiot as he is a man with the mind of an optimistic child, but Buddy is so lovable – arguably the most lovable out of everyone on this list.