Today I watched three short films – two with big stars in lead roles, and one with a talking plastic bag. Each of these short films are available to watch online and have been linked below!

Connection is a bittersweet short film which shows that people can find common ground in the most unlikely places. Jude Law plays himself, an actor, who comes across another actor, Nicolai Khalezin, in Heathrow airport. Nicolai is confused about where he’s going for his connecting flight and doesn’t understand English, so Jude attempts to help him out. They build rapport quickly in their search, but little do they know that they have more in common than they think. I thoroughly enjoyed watching this short film because it was so sweet. But, considering that the film ends on a fairly ambiguous note, I would call it bittersweet overall. At times the acting can be a bit patchy (looking at you Jude, and random photo-taking airport people), and the music can be a bit cheesy, but the direction is quite good. It’s a nice little film.

Burning the Bed was recommended to me by the lovely Niall, whose brother directed this short film. The film centres on a young couple who are in the final stages of a dying relationship, and the rituals that they both partake in before it is time to leave each other. Aidan Gillen’s character Littlefinger in Game of Thrones is known for his cartoonishly villainous portrayal, but Gillen plays his role in this film with subtlety and what seems like a tangibly repressed combination of grief and anger. Likewise, Gina McKee plays the role of the instigator of the break-up with a dignified silence. She’s quiet, but her subtle facial expressions betray a complex array of feelings that you would expect during any break-up. Not to mention, there are some gorgeous shots of the beach where the couple live, giving the film a very atmospheric quality. I really loved this short film and I thought it was a very poignant and unique take on a relationship split. 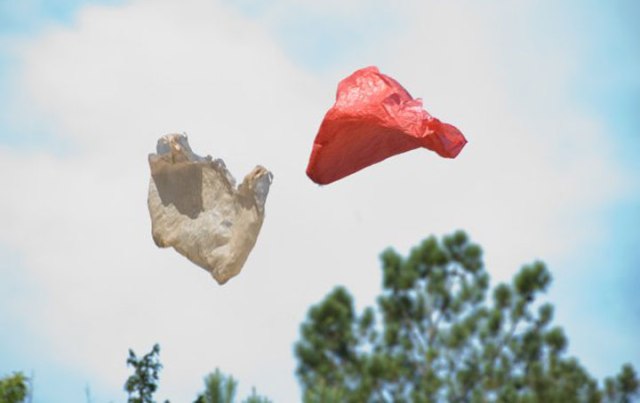 Holy moly. What a concept. In Plastic Bag, Werner Herzog voices the titular character, a plastic bag who reflects on his life – from his role of carrying food items at the supermarket, to falling in love with the woman – his maker – who re-used him in her daily life, to the rubbish dump, and onwards. I had a moment during this film where I found myself totally surprised at the strong emotions that were arising, and at the fact that I was empathising with a plastic bag. The film does an extraordinary job at giving its main character human-like characteristics, despite its inhuman form, which makes the bag actually very easy to relate to. Werner Herzog verbalises the bag’s strengths and struggles in his iconic voice, with an innocent, child-like quality that you wouldn’t expect from neither him, nor a plastic bag. The bag wants to reunite with his maker, whom he loves and is devoted to, despite being lost from her for what seems like years. The longing in his voice is heartbreaking. At the same time, this is a film with an environmental message – about the massive garbage vortex in the sea which is as large as a country, about the importance of recycling, and also reminding us to be mindful of our relationships with objects. The score, by Kjartan Sveinsson of the amazing Icelandic band Sigur Ros, is so beautiful and has as much of an emotional impact as Herzog’s voice. This short film is both wonderful and sad, and comes with my highest recommendation.