An awesome blogathon focusing on the genius of Alfred Hitchcock is happening over at The Sporadic Chronicles of a Beginner Blogger and Movierob! Pretty much every film that Hitchcock ever had a hand in creating is being reviewed, in honour of what would have been his 115th birthday on August 13th. You can read all the posts at either of those two amazing blogs. I chose to review The Pleasure Garden (1925). Read on to find out more!

Alfred Hitchcock’s feature length directorial debut, The Pleasure Garden (1925) tells the story of two young dancers, Patsy (Virginia Valli) and Jill (Carmelita Geraghty), who work together at the Pleasure Garden Theatre in London. The film is about the initial building of their friendship, and their increasingly complex love lives. It’s a black and white silent film, with great music by Lee Erwin that sets the tone for each scene very nicely.

I quite enjoyed this film, even though it does suffer from some pacing issues in the middle due to a lot of dialogue and intertitle cards, and the leading ladies are difficult to tell apart since they have similar hair and costumes. The storytelling and ‘script’ is fairly engaging throughout, and although their acting is at times quite patchy, the two leading ladies effectively anchor the story of the film. However, don’t expect The Pleasure Garden to be a silent film masterpiece along the likes of Fritz Lang’s The Cabinet of Dr Caligari (1920) or The Passion of Joan of Arc (1928) – this film has a way more accessible and ‘normal’ storyline, and feels slightly more generic as a result. 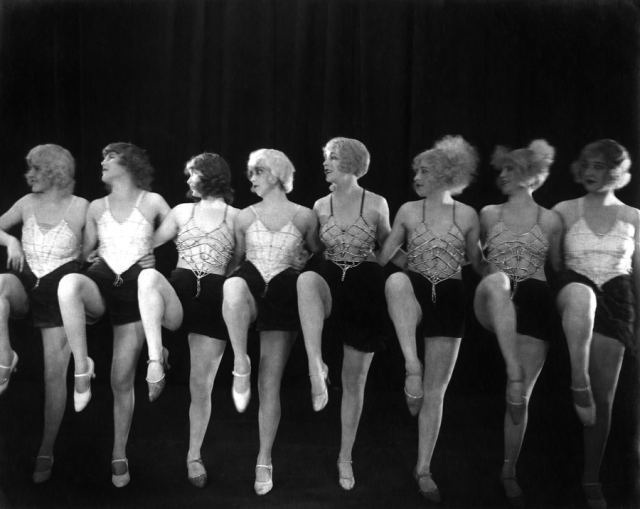 I chose to watch this film for the Hitchcock blogathon because, firstly, I’d never seen it before, and secondly, because I wanted to see if there were any hints in this film about what kind of director Alfred Hitchcock would later become. There are a lot of hints about the darker themes that he liked to explore in his future films, with this one taking an unexpectedly violent turn towards the end. And during the opening sequence, I swear I saw something similar to the famous Vertigo shot. But throughout the film there are a number of little visual hints, such as distinctive use of light, a pseudo femme fatale, and tiny moments of comic relief to contrast against the drama, which all strike me as classic Hitchcockian elements. There was also one moment where we see a scene through the eyes of an older gentleman, and the scene is blurry, then we see him put on his glasses, and then we return to the scene which we can see perfectly, of women dancing on a stage. It’s moments like this that remind you of Hitchcock’s genius and the techniques that he would refine in his future films.

Your enjoyment of this film depends on whether you’re able to watch silent films in general – they’re not for everyone, and some people find them really boring. Even though The Pleasure Garden isn’t the best silent film I’ve ever seen, I did enjoy it from an analytical perspective, and looking at the different elements of the film that Hitchcock would build upon in his future work was like a fun Easter egg hunt. But as it stands, I’d probably recommend The Pleasure Garden to Hitchcock fans only, as more casual viewers might not bother to stick through the whole thing.