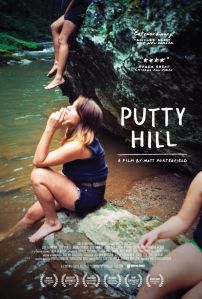 Director Matthew Porterfield’s emotionally raw yet expressively quiet independent drama film Putty Hill (2010) focuses on the death of a young man named Cory, and the ways in which it has affected his family and the different people around him. Throughout the film, a disembodied voice from behind the camera talks to each of the characters and discusses Cory with them. We follow each of the characters as they get ready for Cory’s funeral and discuss issues such as grief and loss, school, prison, drugs, life in working class America, and about the difficulties associated with fractured families.

The interesting thing about this film is that even though it’s technically about Cory and his death as a result of an overdose, we are told relatively nothing about him. Death and loss is the dominant theme of Putty Hill, but it’s reflected through the other characters and their interactions with the disembodied voice behind the camera. Once or twice throughout this film I started wondering whether the voice behind the camera actually was Cory. This interaction starts with generalities such as, “How did you know Cory?”, and then delves into deeper territory as the characters start talking about their experience of his death. I found myself really looking forward to these moments, because most of the dialogue in this film is improvised, and these conversations seemed to have the potential to go anywhere. When you combine that potentiality with the strong emotions associated with the loss of a family member or friend, the results are incredibly powerful. 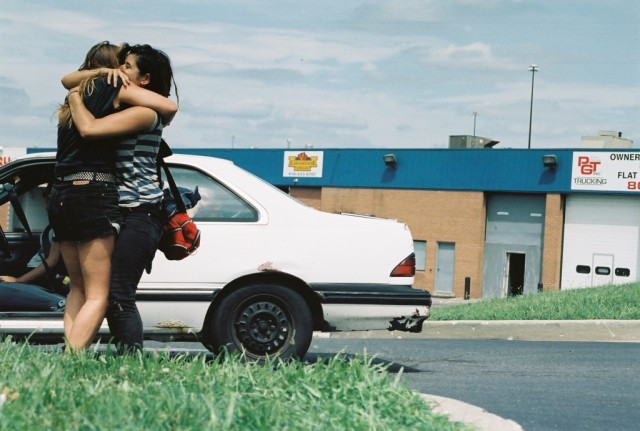 Most of the actors in this film are nonprofessionals, but the above dialogue moments seem to be performed so naturally that you can’t really tell. I would say that the use of nonprofessional actors for a film like this is a great idea because what has resulted are some of the most authentic performances when it comes to exploring the film’s complex and layered themes. The exception to this is singer Sky Ferreira (I actually found out about this film after listening to her most recent album, which is quite good!). She plays a young girl by the name of Jenny, whose family situation becomes more and more difficult as the film progresses. Ferreira is the only actor in this film who I occasionally had trouble believing, but maybe this was because I was aware of her before watching the film.

The direction by Matthew Porterfield and cinematography by Jeremy Saulnier are both equally stunning; from the very beginning we’re treated to long takes and still shots that allow the viewers to take in an entire environment, and reflect on the characters within it. Putty Hill isn’t really trying to make any statements about drugs or about the tragedy of a young person dying as a result of an overdose. It’s all about showing the viewer a glimpse of life during difficult circumstances, and the different ways people respond to it. There’s no one common response to death, and this film illustrates so deftly the confusion and soul-searching that can follow. Through its exploration of each characters’ worldview, we also learn more and more about life in working class America. The overall tone is reflective and expressive, with some moments that you’ll be thinking about for a long time. This is one independent film that should definitely be paid more attention.

You can find this film at Amazon!