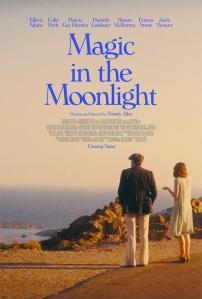 A quirky story about a young woman who can see into the beyond, and an older man who sets out to debunk her abilities, Magic in the Moonlight (2014) is Woody Allen’s latest romantic comedy slash drama slash neurotic insight into the ways that complicated people view the world.

Really quick write-up for this one.

Woody Allen’s follow up to the simply amazing Blue Jasmine (2013), Magic in the Moonlight is pretty much a huge disappointment wrapped in an extremely picturesque nutshell. The direction and general look of this film is gorgeous. Set in the south of France, almost every shot looks as if it could be framed on a wall. However, this film is not all about the visuals, and unfortunately once you pay any sort of critical attention to its content, it tends to fall apart. 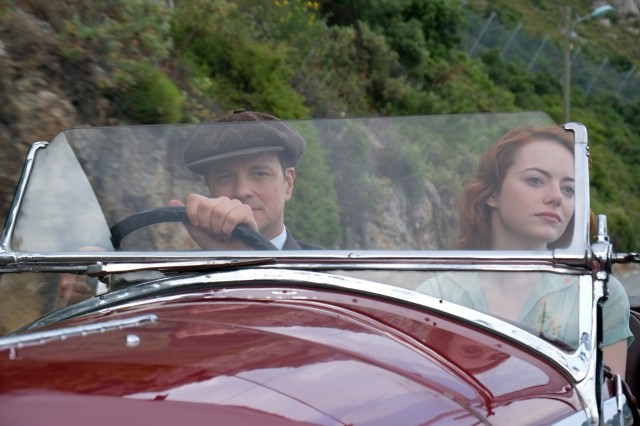 The script is extremely dull, and the story is predictable. If you wanted to, you could pick the plot twists from the very beginning. The least I expect from a Woody Allen film is some snappy dialogue and wry humour, and yet I couldn’t even muster a smile whilst watching this. I think I was so infuriated by Colin Firth’s and Emma Stone’s write-off performances that my happiness could not be restored. Another cardinal sin committed by Woody Allen is his poor time management. The pacing is so strange, alternating from slow to extremely rushed, which I don’t understand. Pretty much all of his films are ninety minutes long, so I don’t understand how this could go so wrong.

I think ‘disappointing’ is the key description that should be used for this film. However, anything that followed up Blue Jasmine and Cate Blanchett’s resplendent performance was never going to match up. But this film’s distinct lack of spirit and charm is unforgivable. Hopefully Woody Allen conjures up something a whole lot more magical next year.