Recently I have been enjoying watching lots of surreal short films – films where the craziness is so intense for such a short period of time that it leaves you pondering the meaning of life itself. Here are two shorts that I watched recently which have completely blown my mind.

This short art film is just weird. I like it, but it’s weird. I found this over at the amazing Biblioklept, where I was swayed by the gorgeous animation, which was hand painted by director Moriyama. Amnesiac seems to be saying something about the way that information is communicated and remembered before being passed on to other people, which is illustrated through repetitive animations and strange sound effects, with an emphasis on technological imagery. My most favourite part was where a man with the body of a brain started eating elements of a city via some sort of mouth in his pre-frontal cortex. At some point in this film, you just have to sit back and accept that things are going to get weirder. Very strange and compelling indeed. 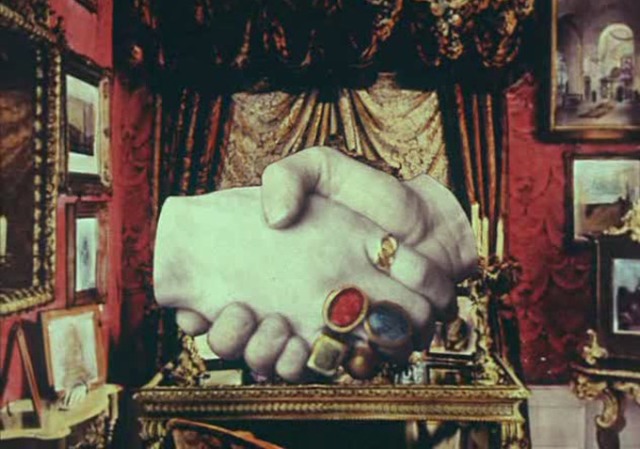 Storytime is Terry Gilliam’s first ever film – and what a film it is. I found this over at Film School Rejects, in an article that celebrates Gilliam’s 74th birthday. Terry Gilliam has an instantly recognisable aesthetic which is evident from this very first work, with irreverent animations and a hyperactive imagination which can also be seen in his work for Monty Python. Storytime is a film in three parts – starting with a cockroach, continuing with Albert Einstein, and concluding with some chaotic Christmas cards. It is hilariously random and completely funny, and I absolutely love it. Well worth a watch.