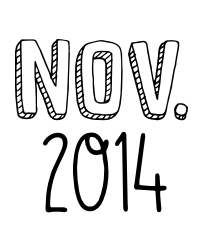 November is over and suddenly it’s basically Christmas already! Here are some of my favourite posts from WordPress and beyond from this most wonderful of months.

From one of my favourite design blogs, Moss & Fog, here’s a beautiful post on some very otherworldly locations that do in fact exist in this world but seem too amazing to be real.

I still haven’t seen Interstellar yet (because I’m slow with films like that), but over at The Best Films of Our Lives, I recently read a very interesting essay about the fact that Interstellar was shot and shown in select cinemas on actual real film, rather than on digital, and what the domination of digital film means for the film industry as a whole. A very interesting piece indeed, especially if you’re a literal film buff and interested in the difference in visual quality between film and digital on the big screen.

Recently there were so many high profile film trailers released all at the same time, and it was almost dizzying to get your head around all of it. Luckily, Melissa of Snap Crackle Watch! has collected and commented upon all of these trailers in the one place for your convenience. I am so excited for Jurassic World it’s not even funny.

The lovely Alina of Literary Vittles is travelling all over the beautiful countryside and coastline of New Zealand it seems, and every new post of hers contains the most gorgeous photos. Lately I loved her post on Cape Reinga, featuring a particularly gorgeous photo of the night sky.

It almost seemed like fate when after I watched Eyes Wide Shut (1999), I found this very artfully made supercut of Kubrick’s love of the using the colour red in his films, at The Creators Project. Violence and spoilers for a lot of his films though, so watch out for that. I also really like this one of the classic ‘eye focus’ in Hitchcock’s films. 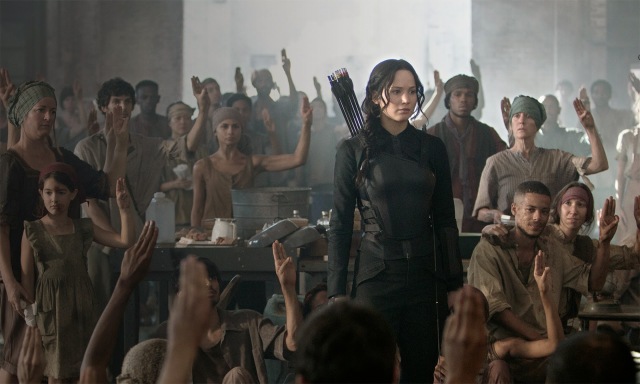 Everyone has noticed the recent trend where blockbuster movies (usually based on a book) are split (sometimes unnecessarily) into two (or three) films, right? Do you feel a bit taken advantage of when studios do this to you? Here’s an interesting essay from Some Films and Stuff, imploring film studios to a) please stop stealing our money and being annoying about it, and b) please get better at making coherent, single-film translations from books. A very interesting post that pulls examples from The Hunger Games, Harry Potter, and possibly the worst offender of them all, Peter Jackson’s The Hobbit.

My favourite badass, Sati of Cinematic Corner, has done it again. Her post ‘Brilliant acting defined by one look’ is a collection of some amazing filmic moments, coupled with her characteristically insightful commentary and general good taste. Then, Sati snuck this one in at the very end of the month – a Stephen Dillane appreciation post for his birthday! Everyone knows that Stannis Baratheon is the One True King of Westeros, so happy birthday to him. Everyone should read this appreciation post of an often overlooked but extremely talented actor.

Lastly, but not least(ly), Cara’s NOOOOvember series at Silver Screen Serenade has been a favourite of mine this month – a blogathon celebrating films where your hopes were high, but the results were not so great. One of my favourite posts was by Eric of Isaacs Picture Conclusions, with his reenactments of some very special scenes from Only God Forgives (2013). Only the bravest of mortals would take on that truly awful film.

Hello December! Since Christmas carols are also on blast at supermarkets and shops now, a very Merry Christmas and Happy Holidays Et Cetera to you as well.

P.S. Some of my favourite film blogs were featured on Featured E-Magazine this month, in a post called ‘Featured Film Blogs of the Week’. Congratulations everyone!