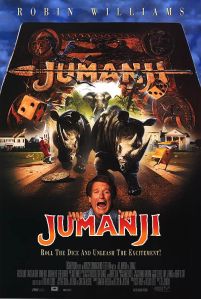 A childhood classic for every 90s kid, Jumanji (1995, dir. Joe Johnston) is based on the children’s book of the same name by Chris Van Allsburg. When Judy (Kirsten Dunst) and Peter (Bradley Pierce) find a mysterious and magical board game in their new house, they unwittingly release a man from within it; Alan Parrish (Robin Williams) who has been lost in the game’s jungle for 26 years. Judy, Peter, Alan, and his childhood friend Sarah (Bonnie Hunt) must finish the game as soon as they can in order to ensure their own safety and prevent their town from being destroyed.

I loved this film so much when I was a child, and recently had the opportunity to watch it again. Here are some thoughts I had whilst watching Jumanji.

Also – me, first thing in the morning: 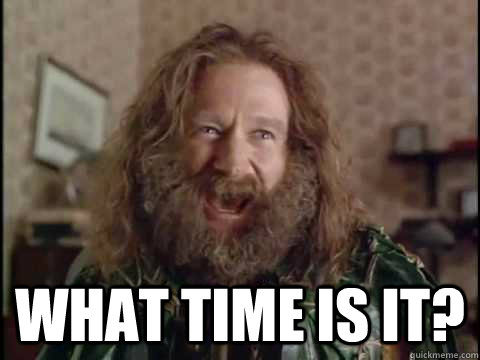