I can’t believe it’s the end of February already! It seems like only yesterday I was making weak resolutions that I haven’t even started to achieve yet (…still haven’t seen Interstellar). Film-wise this month, I seem to be just watching whatever I get my hands on rather than actively seeking things out.

So it’s been an interesting month, but I’m looking forward to some fun things in March, such as picking the genre for MovieRob‘s Genre Grandeur (Latin directors, everyone get on it!), plus some other great blogathons whose images can be found in my sidebar to the right. Without further ado though, here are some of the posts I’ve been loving this February.

Shitfest happened this month! Shitfest, otherwise known as one of my favourite blogging events ever, is hosted by the super classy Eric of Isaacs Picture Conclusions. So far all of the Shitfest reviews (and non-reviews) have been amazing and I highly suggest you go and read them all now if you love reading funny shit about shitty movies (also, if you love swearing). 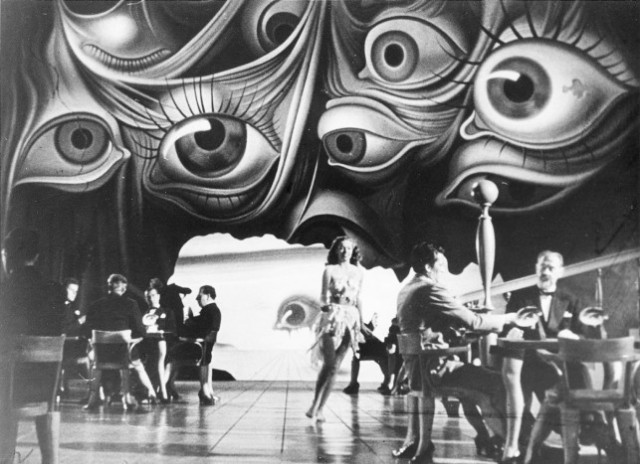 Keith of Keith and the Movies compiled a great top 5 list of movie dream sequences. I love watching weird dream sequences in films and there are so many iconic ones to choose from. Keith’s selection is very well-thought out with some nice analysis. The list also contained a film that I’m really looking forward to seeing this month as one of my Blind Spot picks – Alfred Hitchcock’s Spellbound (1945).

She-Devil (1989) is one of those films that I’m sure I shouldn’t have been allowed to watch as a kid, but for some reason I really loved it and watched it numerous times. Over at Coolsville you can find a pretty awesome list of the five reasons why Ms Coolsville loves She-Devil. Excellent taste, I think. I will never forget the exploding house scene, ever.

Alfred Hitchcock and Sigmund Freud go so well together. If you’re interested in one, or the other, or both, then I’d highly suggest heading over to Movie Morlocks for this post on a Freudian analysis of The Birds (1963). Really interesting stuff.

Did you know that Terence Fletcher from Whiplash (2014) answered questions about the Academy Awards over at Popcorn Nights? Well, you do now, and you should read his answers because they are so astute and insightful, and I feel like I learned many life lessons from them.

Getter of Mettel Ray turned 26 this month! Happy birthday! As a celebration, she created a concept for a really cool post – 26 best film scenes for each of her 26 years. I love this idea and it was executed so well, with a lot of great films in there as well.

February is the month of Valentine’s Day, and if you get a bit frustrated with Valentine’s Day like I do, all those hearts and chocolates can get too sickening over time. Luckily, in terms of films, Movie Blort is here to save the day with an awesome and comprehensive post on 25 alternative Valentine’s Day movies – films that are about love, but not in a disgusting The Notebook kind of way. A very much appreciated post!

I love a good film poster, and Karamel Kinema‘s post of the best film posters of 2014 was a lovely treat for the eyes. The images at Karamel Kinema are always so nicely composed, so it naturally follows that all of these posters are gorgeous as well.

Finally, February was the month where everyone’s most anticipated film was released – the one and only Fifty Shades of Grey (2015). Consequently, there were so many great reviews of the film, and a selection of my favourites are listed below: