1. Alejandro Jodorowsky admits that he saw David Lynch’s Dune (1984) and thought it was terrible
I love David Lynch but I think we can all agree that Dune is not exactly his best work. In Jodorowsky’s Dune (2013), director Alejandro Jodorowsky, whose passionate dream and ambition to create the grand space opera of Dune was too big to sustain the actual production of the film, is initially depressed because his magical film is unable to be made. When he discusses going to see David Lynch’s bastardisation of his dream film he is initially depressed, but his pure joy afterwards when he admits that Lynch did a ‘terrible’ job is so infectious. The grapes are super sour here, but this pops out as an ‘aha!’ moment within the context of the sadness of a ruined dream.

2. John C Reilly’s hysterical dancing as Dirk Diggler records terrible vocals in Boogie Nights (1997)
Again, the pure joy in this mini-moment is so infectious. I refer to John C Reilly’s amazing dancing whilst Mark Wahlberg as the one and only Dirk Diggler belts out the mighty vocals of Stan Bush’s ‘You Got The Touch‘. He sounds to be completely tone deaf, but John C Reilly’s Reed Rothchild is the perfect sidekick and dances along anyway, completely enthusiastic and loving life. Boogie Nights is such a fantastic film, and a little moment like this sticks out as so strange and wonderful. 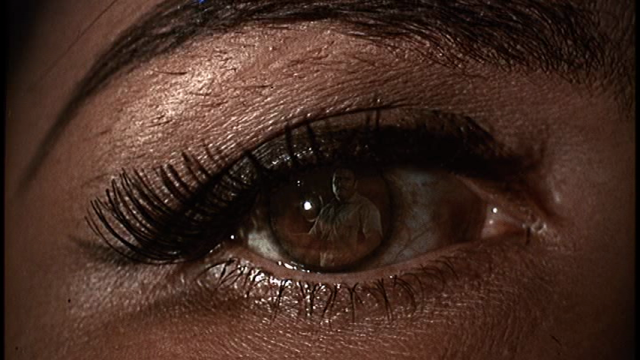 3. Bond spots a foe reflected in the eyeball of his ladyfriend in Goldfinger (1964)
Genius! Goldfinger isn’t my favourite Bond film but I do enjoy watching it, particularly this mini-moment prior to a fight scene early in the film. Bond is fraternising with a ladyfriend, until his moment is ruined by a surprise attacker. I love this mini-moment, as Bond spies the foe approaching him from behind by spotting his reflection in the eye of the woman whose face he is close to. Every time I watch Goldfinger, this moment sticks out as amazing, and so clever, proving that Bond’s skills in battle really do extend beyond exploding pens and invisible cars.

4. The double-taking pigeon in Moonraker (1979)
This may well be my favourite mini-moment of all films, of all time. The inclusion of the double-taking pigeon in the already ridiculous Moonraker is the most absurd thing in maybe the whole Bond franchise. Who thought this up? Who made the decision to edit it so awkwardly that it looks like someone rewinding a VHS tape? The ridiculousness of the double-taking pigeon contrasted with the comical action of Roger Moore’s Bond riding a hovercraft gondola throughout the picturesque setting of beautiful Venice is too much. You can see its majesty starting from the 37-second mark in the above video. 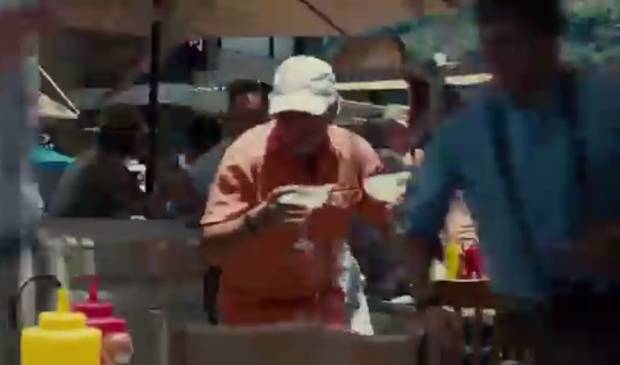 5. Man running away with two margaritas in Jurassic World (2015)
Unfortunately I couldn’t find a video of this beauty, but this may have been my highlight of Jurassic World. I must have watched the movie in a sort of brainfog because this is the best thing I can remember out of the whole thing. During the midst of a pterodactyl attack in the park, this one guy grabs his two margaritas and runs for his life. Priorities! This mini-moment is actually amazing because it turns out that the margarita guy is none other than singer Jimmy Buffet, who sang a song called ‘Margaritaville‘. Mind blown.

Do you have any favourite mini-moments in film? I’d be interested to know!