This film is a work of art. The title of Koyaanisqatsi (1982, dir. Godfrey Reggio) loosely translates to “a life of moral corruption or turmoil”, “chaotic life”, or “a state of life that calls for another way of living”. If I could provide a general summary of this film at all, it would be that of the idea that mankind’s impact on the environment is generally bad. There are strong environmental themes in Koyaanisqatsi, and its journey takes us from the purity of nature to the hectic city life of people, where their destructive industriousness and increasing reliance on technology appears to be detrimental to the earth’s overall wellbeing. There is a clear structure to this film, but it isn’t apparent until you’ve finished watching and are taking in the experience as a whole.

All throughout Koyaanisqatsi we are treated to some of Phillip Glass’s best scores – a rotating, mathematical-sounding masterpiece that mirrors the visions on screen. When we see a serene landscape the music is reflective and ambient, but when the action on screen increases in pace or intensity the beat of the music increases and involves more instruments. There is brief singing throughout in the Hopi language from which the title originates, stating “If we dig precious things from the land, we will invite disaster”, “Near the day of Purification, there will be cobwebs spun back and forth in the sky”, and “A container of ashes might one day be thrown from the sky, which could burn the land and boil the oceans”. All these statements are quite intense, which matches the general theme of environmental degradation conveyed in the film.

At times, I found it difficult to concentrate whilst watching this. Particularly at the beginning, it was difficult to get used to watching a film that has no story, and is just images set to music, with the overarching theme connecting the images and ideas together. There were times when I almost reached a meditative state whilst watching this, but then certain images brought me back to life with their beauty and cinematographic perfection. The cinematography by Ron Fricke is nothing short of amazing. The slow motion and time lapse images of both nature and city life were quite stunning, but the images of people were equally affecting, and the fact that the simple images of people were surrounded by such profound images of nature and overwhelmingly busy city life was a strange and humbling experience. Here is a small selection of the images that affected me the most: 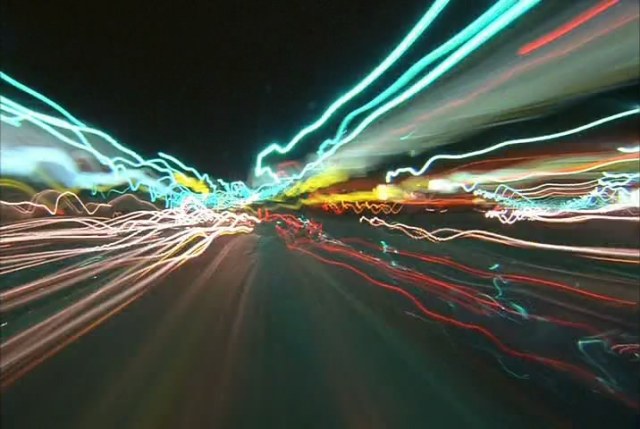 All in all, Koyaanisqatsi is undoubtedly a masterpiece. I firmly believe that it isn’t for everyone, though. For people who can’t handle non-linear, non-storytelling films where the film takes you its own unknown journey, this may cause them to fall asleep. However, I thought this film was a masterpiece of direction, cinematography, and music; not to mention the deft way it managed its themes and ideas. I’m looking forward to seeing the next two films in the Qatsi trilogy, Powaqqatsi (1988) and Naqoyqatsi (2002). This film is an entirely singular experience, and well worth watching if you haven’t seen it yet.

← Thoughts on… To Wong Foo, Thanks For Everything! Julie Newmar (1995)
The Pyramid (2014): “Whatever we’re dealing with is neither benign nor merciful.” →