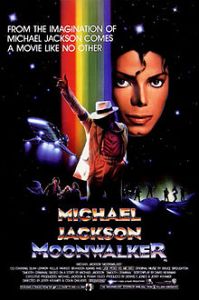 A collection of short films about iconic singer Michael Jackson (believe it or not), Michael Jackson: Moonwalker (1988) is one of the weirder films I’ve had the fortune to watch. Filled to the brim with strange imagery and stories that are loosely interlinked, Moonwalker is like a volcanic explosion of nostalgia that is incredibly difficult to describe. Perhaps the best way to understand this film is to watch it, but I’ve just watched it and I’m still not entirely sure how to approach it.

Here is a collection of some of the thoughts that flew into my mind whilst watching Moonwalker.