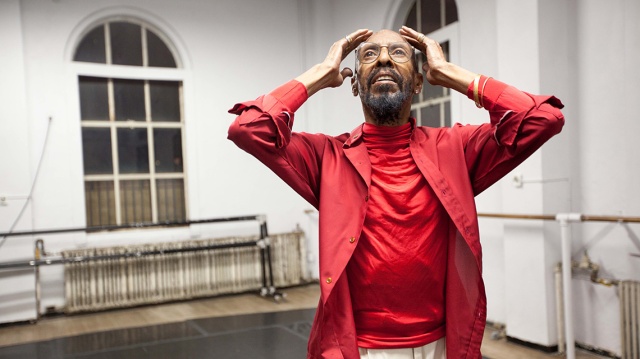 Some old faithful readers here at Film Grimoire may remember that back in late 2014, myself and my partner and our good friend all travelled to New York City in order to make an amazing film, meet some amazing people, and also enjoy the sights and sounds of the city. That is, my partner and our friend made the film – I just swanned about taking photos and crying whilst standing in front of the restaurant from Seinfeld.

I am beyond happy and excited to share the news that this film, which is titled Winter At Westbeth, will premiere at the Sydney Film Festival here in Australia! To see a synopsis of Winter At Westbeth, please check out its Sydney Film Festival page. The film is about ageing and its intermingling with creativity and the arts, about striving for your passions, and is a love letter to the very special community in which it is set.

To say I’m extremely proud of this is such an understatement. Obviously I had no direct role in making this film or anything technical to do with the production side of things. But it was my honour whilst in NYC to help out on the production by getting people cups of coffee and carrying equipment during spontaneous trips to New Jersey, in between being a complete and total tourist around the city. The feeling of being around this production whilst it was happening overseas back in 2014, and now having the opportunity to see the film on a big cinema screen during one of my country’s most pre-eminent film festivals, and one of the world’s longest running film festivals – this feeling is beyond coherent description.

Sydney Film Festival is held between the 8th and 19th of June, 2016. It goes without saying that if anyone who reads this post happens to be in Sydney, New South Wales, Australia on Friday the 17th or Saturday the 18th of June, and has a spare 80 minutes or so to see a wonderful documentary – please consider seeing this amazing film. You won’t forget it.