I can’t believe half of the year is over and done with! It truly feels like only yesterday that it was New Year’s with the promise of an excellent year to come. Not to say that this year hasn’t been excellent thus far, it’s just always a surprise when June rolls around and you realise how much time has passed. Luckily, I’ve been spending my time watching and writing about great films and television, and reading about great films and television also. Here’s a selection of some of my favourites during June.

Firstly, congratulations to Abbi, who has given birth to the cutest little baby you ever did see!

Over at Assholes Watching Movies, they’ve all been on fire yet again with some excellent film reviewing. I loved reading about Popstar: Never Stop Never Stopping (2016) because I’m looking forward to seeing it, never working with animals, and never working with children. The last one gives us a good bit of information about child stars and where they ended up. For a whole bunch of them, they didn’t exactly end up in a good place!

I’m really looking forward to seeing a little film by Nicolas Winding Refn named The Neon Demon (2016) this year. But, unsurprisingly, not everyone in film critic world has loved it! I really enjoyed this write-up by Courtney of Nola Film Vibes, peppered with quotes from Winding Refn and other reviews of the film. Courtney didn’t exactly rate the film well, but that’s all good, because what’s resulted is a very excellent write-up indeed.

Mikey of Screenkicker gets the opportunity to do some pretty amazing interviews! Earlier in June, Mikey got to interview the director of photography for Finding Dory (2016), Ian Megibben. Later on, this lucky duck gets to meet Stephen Graham and have a chat with him and director Michael Lennox about their new film. Both interviews are excellent reads, and I really enjoy Mikey’s friendly interviewing style. Highly recommended!

Unfortunately, June was marked with the passing of a number of very talented people indeed. One of whom, Bill Cunningham, passed away at the age of 87 after a long life of celebrating fashion and sartorial expression. This artist profile by Erin of Through the Shattered Lens is lovely, containing some of his whimsical and wonderful pictures.

Fellow Australian Jordan of Epileptic Moondancer is not just a great film reviewer, he’s also an excellent photographer. I loved these photos of the South Australian forest, with a bit of a surprise thrown in. 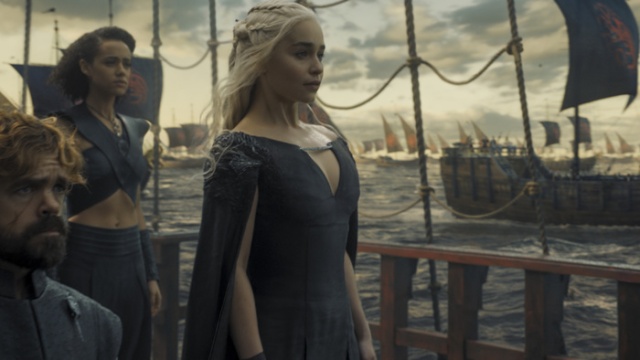 June was also the month where we said goodbye to season six of Game of Thrones. Here’s a selection of some of my favourite Thrones posts!

So, there’s a selection of some of my favourite posts for June of 2016. Did you have any films or posts that you enjoyed in June? Let me know below!