The first of director Michelangelo Antonioni’s trilogy regarding modern love and its discontents, L’Avventura (1960) is a story about a strange kind of grief after a mysterious disappearance, a story of an anxious and disenchanted society, and a story of love lost and found in an unlikely place. Its synopsis is as follows:

A group of rich Italians head out on a yachting trip to a deserted volcanic island in the Mediterranean. When they are about to leave the island, they find Anna, the main character up to this point, has gone missing. Sandro, Anna’s boyfriend, and Claudia, Anna’s friend, try without success to find her. While looking for the missing friend, Claudia and Sandro develop an attraction for each other. When they get back to land, they continue the search with no success. Sandro and Claudia proceed to become lovers, and all but forget about the missing Anna. (source) 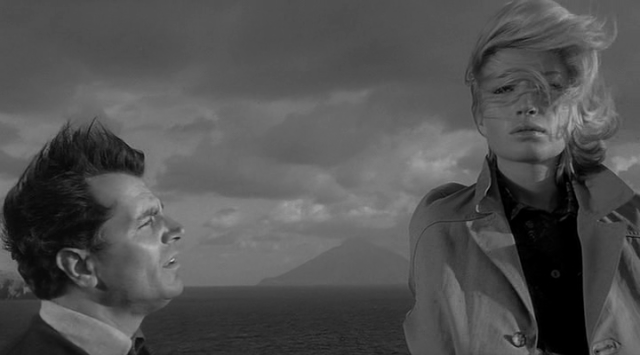 Starring Gabriele Ferzetti as the charming Sandro, Lea Massari as the lost Anna, and Monica Vitti as Sandro’s eventual lover, Claudia, L’Avventura is quite the bleak film. Not unlike Fellini’s La Dolce Vita (1960), L’Avventura is one of those Italian films from the 1960s where we are shown a slew of wealthy, bored, spoiled social elite who experience a shallowness in their interpersonal and romantic relationships. The result is a cynical affair. The film appears to be about disenfranchised grief after a mysterious loss, and the differing manners in which those who experience these shallow relationships respond to this uncertainty. Monica Vitti’s performance is particularly good, with her beautiful face being the perfect portrait of the complexity of her character’s situation – missing her friend, loving her friend’s partner. It all draws to mind existential themes of angst and isolation, painting a picture of people who want to find connection with others but hitting the brick wall of a society whose indulgences trump their actual relationships. 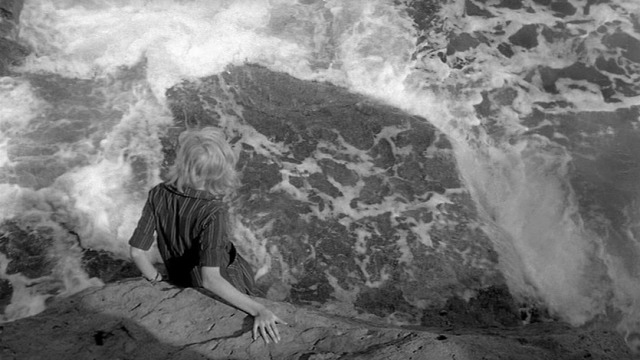 L’Avventura is also a visually beautiful film, in typical Antonioni fashion. Michelangelo Antonioni’s direction is pensive, observational; some might say mournful, others might say slow. The pacing of the film itself could certainly be considered slow, as there isn’t a lot of action and as the audience we’re often left to simply observe our characters dealing with their loss and resultant romantic complications, musing on the unfairness of it all. The plot itself is simple, and some might say it’s uneventful. But the visuals are truly amazing. Antonioni’s camera watches and waits. The images of the film are intense, with motifs such as churning seas, desolate towns, or undulating waves of grass mirroring each character’s underlying and unexpressed distress. Italian films of this era do seem to focus on the idea of moral decay, and this too is expressed through Antonioni’s direction and cinematography by Aldo Scavarda.

L’Avventura is a beautiful, cold, sensuous and intense film. Upon first watching, it strikes me as more of a film to watch and reflect on, rather than a film to watch and actively engage in its drama. The film is certainly slower in pace, and as viewers we’re invited to simply sit and observe the aftermath of a terrible incident, rather than muse on the central question of where Anna has disappeared to; and yet, the film delivers one of the more shocking and heartbreaking endings I’ve seen recently, despite our relative lack of engagement in its action. I believe that this film would be well suited for a second viewing, in order to more closely examine the relationships in the film after grasping the storyline as a whole during the first viewing. That’s certainly not a criticism of the film though. To watch an Antonioni film more than once isn’t a tedious experience. Rather, it helps us to build on our understanding of complex ideas, to more closely understand Antonioni’s cinematic language. L’Avventura won’t be for everyone, but if you’re a fan of cynical, existential, semi-erotic Italian cinema from the 60s, look no further.