Thus far, I’ve participated in the “Against the Crowd” blogathon in 2014, and in 2015, and now it’s time to participate in 2016! Like I said back in 2014: Everyone has those films where you think, “This is not as good as people believe it to be”, or conversely, “I wish more people loved this!”. Luckily, Dell on Movies has created a blogathon where we can share these films with everyone, called the Against the Crowd blogathon. It’s a genius idea!

Here are the top three rules:

1. Pick one movie that “everyone” loves (the more iconic, the better). That movie must have a score of at least 75% on rottentomatoes.com. Tell us why you hate it.

2. Pick one movie that “everyone” hates (the more notorious, the better). That movie must have a score of less than 35% on rottentomatoes.com. Tell us why you love it.

3. Include the tomato meter scores of both movies.

Without further ado, here are my picks for this year!

True Grit (2010) is a story of murder and revenge, helmed by a fourteen year old girl and a grizzly old man. Sounds great. But whenever I think of this film, I think of how bored I was when watching it, so much so that I almost decided to put myself to bed. True Grit is definitely my least favourite film directed by the Coen brothers, and it’s probably my least favourite Jeff Bridges film that I’ve seen. I don’t think I’ve seen Hailee Steinfeld in anything else so I can’t really comment on that. I think the whole thing was just too grim for me. Which is strange, because on the whole I don’t mind a grim film or two. I think both Bridges and Steinfeld were nominated for Oscars for this. But it’s just so dull. And slow. I’m putting myself to sleep just writing about it. Perhaps I’ll give it another try one day, after I’ve had a big cup of coffee. Or I might even give the original film a try. But for now, all I can say is that I was so underwhelmed and sleepy when watching this; even though I remember the film being quite visually beautiful. 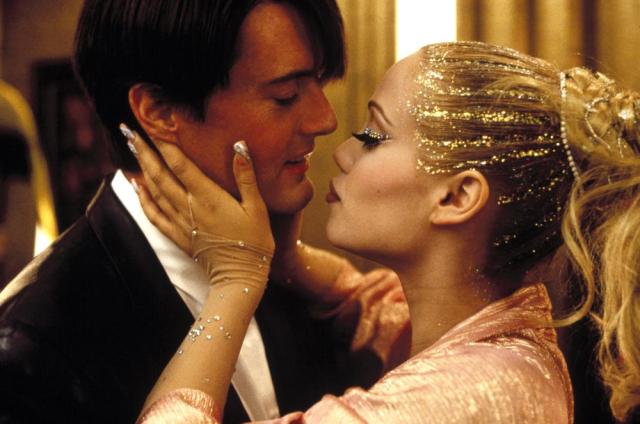 Now, Showgirls (1995, dir. Paul Verhoeven) is the kind of terrible film that will keep you awake no matter what. It’s so shiny, bright, greasy, and bombastic that it’s blinding; like getting slapped in the face with a hand full of glitter glue. Which is almost to be expected for a film about erotic dance showcases in Las Vegas. It’s undeniably bad, but it’s one of the most entertaining bad films of all time. I shared my thoughts on Showgirls earlier in the year. Some see Showgirls as a modern-day satire of… something or other, others see it as a hilarious irony-fest, and others think it’s just plain bad. My view on the film is located somewhere in between satire and irony, because whilst Showgirls does seem to be a sarcastic and exploitative portrayal of the moral downfall of those who push others down to climb their way up the food chain, I’m also one of those viewers who shrieks with laughter during the hilariously awkward sex scene between Kyle MacLachlan and Elizabeth Berkley. Showgirls is, above all, a lot of dumb fun, with some pretty impressive costumes and entertaining (to say the least) dance sequences. Yes, it’s terrible, but almost lovably so. Like a super cute puppy that poops on the carpet, Showgirls can be forgiven for being bad.