To kick off my film reviewing in 2017, I present to you two (very) short films – one focusing on the sociological phenomenon of the Circle Game, and another, a Christmas special directed by Wes Anderson for Swedish fashion chain H&M. Both are slightly similar in their creative aspects, and both are great shorts. Onwards!

Did anyone else play the Circle Game in their primary school years? Basically, you make a circle with your hand below your waist area and if your target looks at it, you get to punch them. Further complexities of the rules can be read at this article. It’s worth a read. I’m wondering if this was just an Australian thing. But this short film, You Lose, is a short and sweet celebration of the simple Circle Game – showing all manner of people partaking in the game in increasingly absurd ways. Its quick cutting and lovely cinematography makes this a treat for the eyes, whilst the rhythmic drumming soundtrack gives it some nicely intense Whiplash (2014) vibes. It’s a cute nostalgia treat for those who played this silly game as a kid, but also a reminder to bring this great game back. 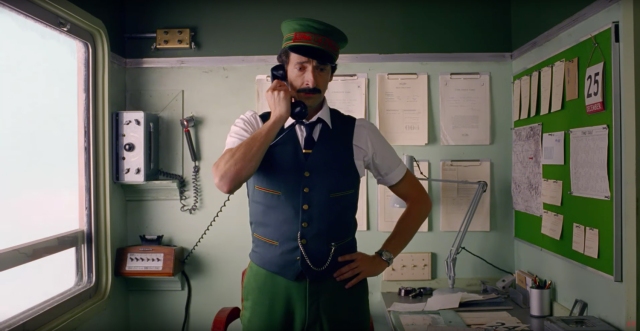 This short is technically some kind of advertisement or promotion for H&M, but I can’t really pick where the sales pitch is, which is refreshing. Starring Adrien Brody, Come Together is a Christmastime short about people on a train journey which unfortunately experiences a delay due to the weather. But the passengers on the train eventually make the best of a bad situation, and the ending of the short is really sweet (with one of my favourite Christmas songs, too). I love both Wes Anderson and Adrien Brody, and I feel like this short gives you pretty much everything you would want from both. It’s a nice, minimalistic performance from Brody, but Wes Anderson (as per usual) turns on the charm with his characteristic direction style, muted yet rich colour palette, and typically quirky moments. It has a touch of The Darjeeling Limited (2007) about it. It feels like a warm, familiar, cinematic hug; kind of like his previous short film, Castello Cavalcanti (2013). I probably should have watched this before Christmas happened. But still, it’s a nice little short, and worth a watch for all Wes Anderson fans.