So recently I’ve been making quick review posts about films I’ve seen at the cinema; films I’ve grouped together as being super fantastic or super disappointing. This time around, I thought I’d post about a bit of a mixed bag – one film I loved so much I wanted to hug it to death, and another film I was excited by but quite disappointed in. I’ll be talking about Yorgos Lanthimos’ The Killing of a Sacred Deer (2017) and the newest iconic space opera outing Star Wars: The Last Jedi (2017). I wonder which is which! 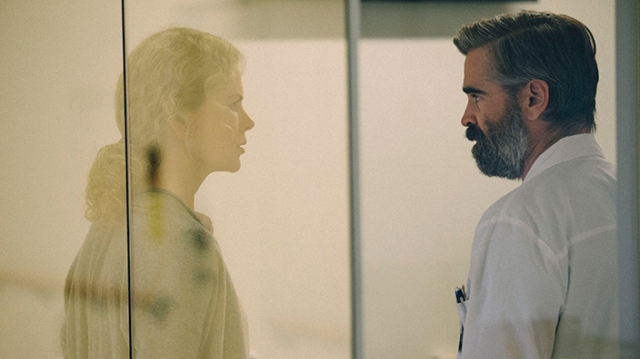 The Killing of a Sacred Deer (2017)
Steven, a charismatic surgeon, is forced to make an unthinkable sacrifice after his life starts to fall apart, when the behavior of a teenage boy he has taken under his wing turns sinister. (source)

This film opens with straight-up footage of actual open heart surgery; a beating heart sitting inside someone’s chest cavity, surgical instruments clawing apart the skin. Whose, we don’t know. But this shot does tell us what we need to know about this film before we even get to the characters or story – it’s a brutal, blunt piece of work that is going to freak us out, speaking to matters of grief and revenge. And in that, it completely succeeds. The Killing of a Sacred Deer is another film in Yorgos Lanthimos’ filmography which speaks purely in his voice, possesses his classic directorial quirks, his strange camera movements, and his classic lingering shots which become just a little bit awkward over time. The script is superbly bleak and funny, but it won’t be everyone’s cup of tea. The story can be slow and extremely tense; one might say torturous in that respect. Likewise, the performances of Nicole Kidman and Colin Farrell (and all the amazing child actors) won’t appeal to everyone – their deadpan, flat affect is intentional if you know what Yorgos Lanthimos is about, but this can be misinterpreted as just bad acting. Regardless, I love it. This film was an awkward, brutal delight.

Is it worth paying for a ticket?: Yes! (If it’s still in cinemas – run, don’t walk.)
Watch the trailer here. 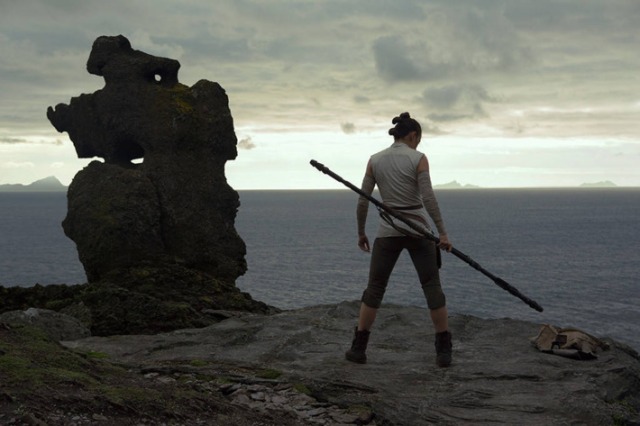 Star Wars: The Last Jedi (2017)
Rey develops her newly discovered abilities with the guidance of Luke Skywalker, who is unsettled by the strength of her powers. Meanwhile, the Resistance prepares to do battle with the First Order. (source)

I loved The Force Awakens so much. It was a brilliant return to form for the Star Wars franchise, it added to the mythology in an almost seamless manner, and it introduced a new group of characters who were exciting and memorable. So I went into The Last Jedi feeling relatively hyped for something fun and amazing, even though I didn’t watch any of the trailers prior to seeing it. Since its release, The Last Jedi has received a lot of negative critique; which has sometimes been for good reason, but sometimes it has been a bit nitpicky. Overall, cutting straight to the point without revealing any spoilers about the film – my opinion is that The Last Jedi was mediocre when examined under a magnifying glass, but exciting on a surface level. It’s once you start thinking about how the film totally disrespects the fundamental laws of physics, of disrespecting an audience who can easily pick plotholes apart, of all the rigmarole with one aspect of the story that is so stagnant that you totally wipe it from memory after leaving the cinema… once you start thinking about those things, you start to dislike it a little bit. But it’s exciting! Space! Lightsaber fights! Drinking alien breast milk! Anything to do with Rey (Daisy Ridley) and Kylo Ren (Adam Driver) is undoubtedly the highlight, but unfortunately this is sandwiched between some unnecessary nonsense at times. Ultimately, The Last Jedi will be seen as the stepping stone between a great film (The Force Awakens), and whatever is to come in Episode Nine of this newest trilogy (which will probably also be great in comparison to this one). It’s a weak film, but it is certainly a fun and exciting distraction from non-Star Wars life.

Is it worth paying for a ticket?: Yes. It’s a Star Wars film. But it’s mediocre.
Watch the trailer here.

P.S. I keep typing the film’s name as The Lady Jedi and it cracks me up every time.

Leave a Reply to The Vern Cancel reply