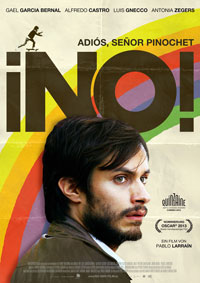 Directed by Pablo Larraín, No (2012) tells of a tumultuous time in Chile’s history where, after intentional political pressure, its leader the dictator Augusto Pinochet called for a national referendum, so that citizens could decide whether he should stay in power for another eight years. Chileans were encouraged to vote either “YES”, for the dictator to stay […]