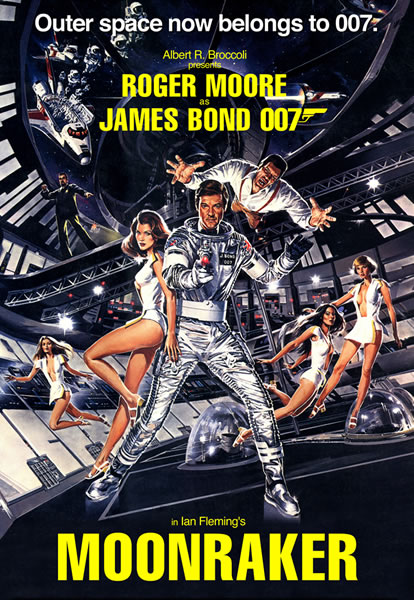 Officially my fifth favourite Bond film, Moonraker (1979) is the fourth film that stars Roger Moore as the famous British secret agent. It’s often known by the colloquial title of “Bond In Space”, but there’s a bit more subtext and nuance in the film than simply being a typical space drama.