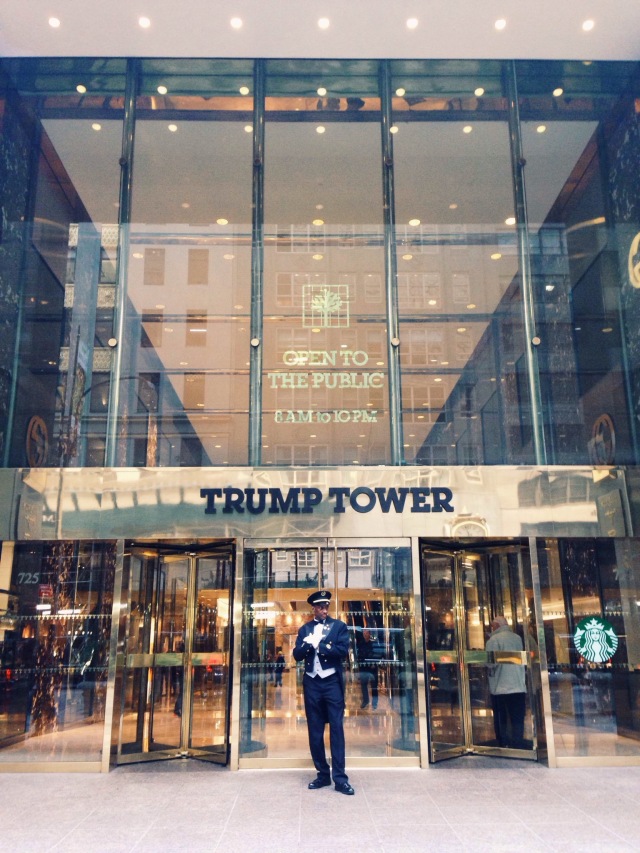 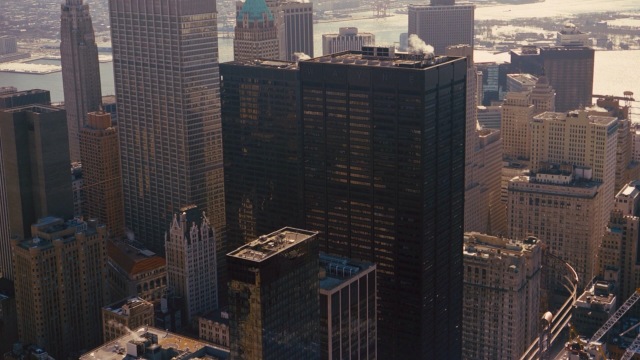 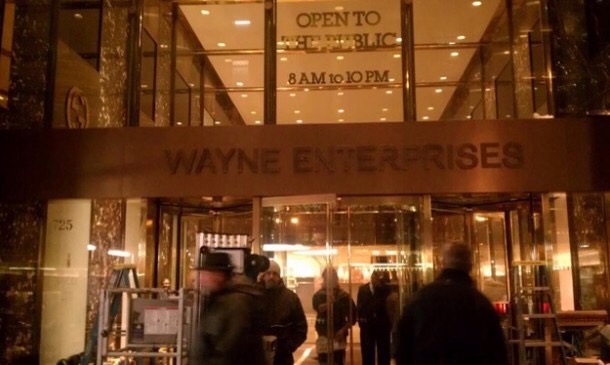 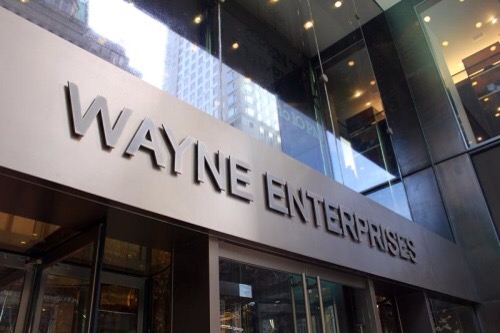 This is the one photo I’ve felt the most shame in taking as I looked like a total wanker taking a picture of Donald Trump’s stomping grounds. At the same time I couldn’t resist taking a photo of the building that featured as the billionaire secret superhero Bruce Wayne slash Batman’s place of business in The Dark Knight Rises (2012) – Wayne Enterprises. I haven’t had any luck in finding screencaps of this doorway from the film, so its scenes must have been cut somewhere along the way. Some sneaky photos from Google will have to do.

Does anyone else find the opening scene of The Dark Knight Rises completely ridiculous and funny? I’ve watched it at least five times on YouTube and just laughed at it the whole time. Aidan Gillen with his awkward American accent and thumbs casually stuck in his jeans. The guy who calls Bane the “masketta man” which kind of sounds like “spaghetti man”. “BANE?”. The fact that the whole scene is ridiculously and unnecessarily high stakes. I just love it, it’s so dumb.